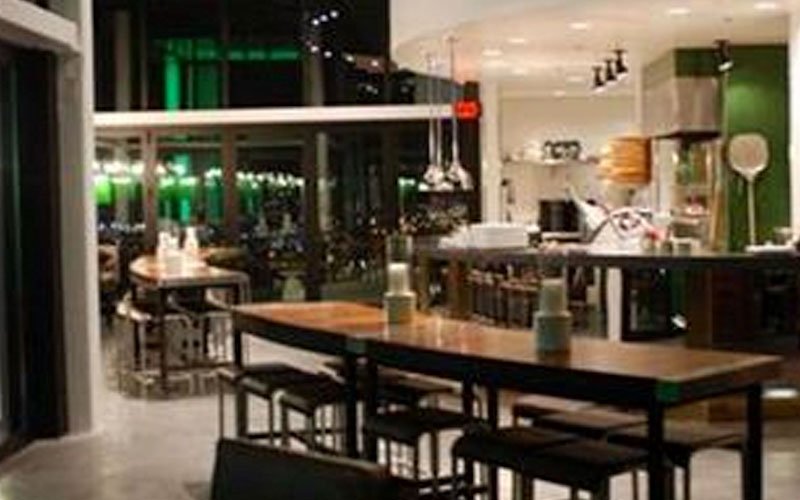 C&R Mechanical Company was responsible for the design and installation of the HVAC system for Bar 360. The project included HVAC work for the main kitchens on the twenty-fifth floor and the restaurant/bar area on the twenty-sixth floor of The Hilton St. Louis at the Ballpark. This fourteen thousand (14,000) square foot project began in March of 2011 and was complete by July of 2011.

This project was completed within a tight building footprint and on a tight project schedule. In addition to time and space constraints, C&R also had to overcome obstacles created due to the height of the building. Cranes were used throughout the project in order to hoist large equipment through the air to the top of the twenty-six story downtown structure. Consideration also had to be taken during while designing the heating and cooling for the space because the entire façade of the building was constructed entirely of glass.