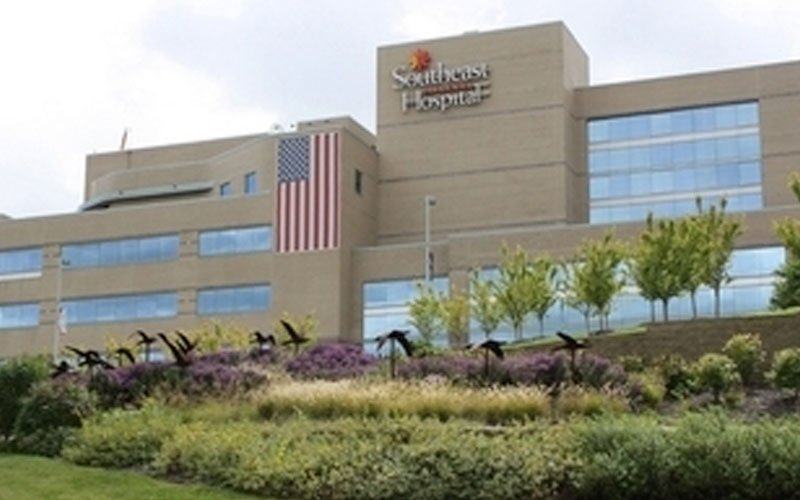 C&R Mechanical Company was the mechanical engineering company responsible for the design and installation of the HVAC system serving the nine thousand five hundred (9,500) square foot data center at Southeast Hospital in Cape Girardeau, MO. The project began in October of 2011 and was completed in January of 2012.

The system for the Southeast Hospital Data Center was designed with future expansion in mind. Two (2) sixty (60) ton air-cooled chillers with chilled water storage tanks were installed to serve the first phase of the data center with space was included for one (1) additional chiller to be added in the future. Duty/Standby chilled water pumps with onboard variable frequency drives were also installed, as well as twelve (12) APC In-Row coolers serving the initial build of the data center. Space was also allotted for the addition of in-row coolers for future as well.

In order to monitor and control the HVAC equipment, Carrier i-Vu Web based controls were installed, which provide successful integration into APC software.